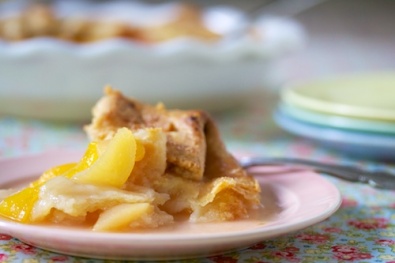 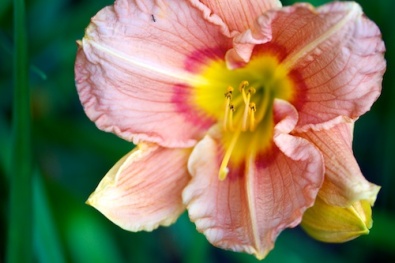 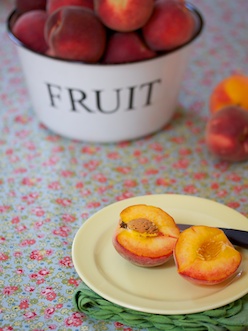 Gourmandistan prides itself on its inclusiveness and tolerance of all cultures and traditions, especially the edible ones. But xenophobia seems to be hard-wired into the human psyche, and even those of us who strive to be civilized may still retain traces of irrational antipathy towards certain groups. For Steve, this happens to be people from Indiana—something that did not help when a nascent Gourmandistan decamped to Indianapolis for about a year.

Long, long ago in an advertising galaxy far, far, away, a young copywriting Steve finally landed a position at a small, strange Indianapolis agency after being laid off from his Louisville job for several months. Not long after, Michelle had a brand new Indiana bar certificate and a job with a big-time law firm. We spent our first year of marriage working in the Indiana capital’s downtown, living only a few flat blocks up Pennsylvania Avenue in a lovely duplex we only belatedly discovered overlooked a corner where johns met their transvestite hookers. To Steve, however, those incidents were less bizarre than hearing people constantly address each other as “Hoosier” (a term his Louisville-influenced acculturation interpreted as an insult), or the idea that he should now support the loathsome Bobby Knight and the Indiana University (ugh, that word again) Hoosier basketball team.

Michelle, obvious to all who read these pages as a better sort than Steve, had less trouble with the whole “Hoosier” thing, though the smug late-Eighties Reagan Republicanism and general attitude of authoritarianism (in Indiana, the police would come to your door for overdue library fines and you could be jailed for expired license plates) really put her off. Our general impression of the city straight up I-65 from our former home was of a wonderfully vibrant and interesting metropolitan area that somehow had been filled with a variety of white-tinted folk who adored grid-based street systems and very large steaks.

As a young couple new to Indy we discovered things like Thai food and freshly-roasted coffee, along with pan-sized pork tenderloin sandwiches and a startling number of military monuments. We also discovered farmers’ markets, something tobacco-growing Kentuckians had seemingly forgotten, and a lovely lady named Terri, a work associate of Michelle’s who became our best (OK, only) Indianapolis friend. Terri was the perfect guest, a non-cook who loved to have us make meals for her, someone who was totally comfortable seeing a flour-dusted Steve stirring a pot in his pajamas while holding a cat.

Indianapolis was our first experience with buying local peaches from farmers off the backs of trucks. And we made the most of every spicy-sweet one of them, often making this Lee Bailey cobbler several times a week and inviting Terri over to share it.

We left Indianapolis and returned the the Bluegrass State after a little over a year, and sadly have not kept up with Terri as well as we should’ve. But we have kept making this cobbler, which has only gotten better as our Kentucky farmers have returned to better practices. (Hooray, tobacco settlement!)  And Steve keeps trying to recognize that yes, New Albany and Jeffersonville, Indiana, are just as much a part of “Metro Louisville” as Gourmandistan—and people can call each other “Hoosier” without making it an ugly thing to say.

Place flour and salt in bowl of a food processor with a metal blade.  Add frozen butter and shortening.  Pulse until mixture is the size of small peas.   Add water, pulsing until mixture just begins to form a ball.  Be careful not to over-mix.  Form into a flattened disc and refrigerate, wrapped in waxed paper, for an hour or more.

Preheat oven to 450°.  Lightly grease a deep pie pan or some other approximately 8″ or 9″ ovenproof dish.

On a floured piece of waxed paper, roll dough out into a ragged piece several inches larger than your baking pan.  Pick up by paper and invert into the pan, allowing the excess crust to hang over the sides of the pan.  Heap peaches into the dish.  Sprinkle with the sugar and dot with the butter.  Turn the sides of the pastry over the top.

Place the sugar cubes in a plastic bag and crush with a meat pounder.  Don’t crush them to death—the jagged variations make them particularly good as a topping. Sprinkle over the top of the crust.

Put cobbler in oven and immediately turn temperature down to 425°.  Bake for 45 minutes, or more, until top is golden and fruit is bubbling.

*As Bailey notes, this dessert is only worth making “during the height of the local peach season.”  He appropriately adds that “[o]ut-of-season peaches, no matter how tempting they may look, just don’t do the trick.”