One of the benefits of being around since the middle of the last century is that we Gourmandistanis may confidently say we were hip to Martha Stewart before Martha Stewart became hip. “It’s a good thing” was a catchphrase in our various domiciles as we cooked, stenciled and collected assorted tchotchkes such as the fake topiary Steve dubbed “the puffball on a stick.”  While even Michelle is not as craft-tastic and decorative-ish as she used to be (the puffball, too, has gone by the wayside), we still have an interest in Martha—especially in catching her “Ask Martha” segment on SiriusXM’s “Martha Stewart Living” channel.  “Ask Martha” is Martha, in studio, answering “your questions about cooking, entertaining, gardening, or homekeeping” or simply “how she spent her weekend.” 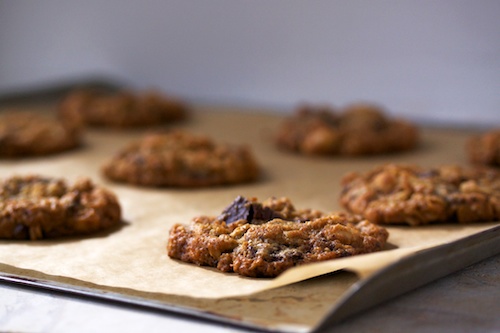 “Ask Martha” is the icon made accessible, although many moments offer a glimpse of just how remote Martha’s life is from ordinary people’s. She’s the liberal version of Mitt Romney, forever separated from even conceiving of how one might function without an army of helpers. A gardening question leads to a discussion of Martha’s greenhouse, an inquiry about window treatments is answered with assessments of various artisan crafters of bespoke blinds. Of course she’s gracious and polite, though Steve swears he heard chewing sounds during one show as Martha seemed to be eating lunch while offering advice, and from time to time Martha frankly sounds a bit bored. It’s quite possible the movers and shakers at Martha Stewart Living Omnimedia may pressure her to keep at it, however, because Martha’s not bringing in the money like she used to. As some equity research weenie says in the article, “Who cares if she’s popular if you can’t monetize it?” Speaking of which, here’s our own little shiv to stick in Omnimedia: the reason for this post, Martha’s phenomenal recipe for “Peanut Butter-Chocolate Chip Oatmeal Cookies.” Here’s a link to the recipe, for free.

And here’s some free advice for Martha—fire whomever came up with that terrible name. It undersells the entire reason for the cookie’s greatness: salty, salty salted whole peanuts, tossed into the batter along with rolled oats, chocolate chunks and a half cup of “natural” peanut butter (as if there’s any other kind). Did we mention these cookies are salty? Mmmmm, yes, as well as chocolaty and sweet. You can save leftover batter in the refrigerator, but make sure to bring it to room temperature before baking so the cookies spread into crisp lattices of oatmeal that barely contain the nuts. Martha’s cookies are the best reason to buy a big can of Virginia roasted peanuts (we have some friends coming home from Virginia for Christmas … hint hint hint) because you’re forced to make big batches. Some hipster in Brooklyn could be shoving aside cartons of black market cigarettes, using his tattooed arms to dig out a few smuggled tins right now. It’s a good thing.

RECIPE NOTES:  The cookie recipe is on Martha’s website. The only thing we changed was to use chopped up bittersweet chocolate instead of semisweet chocolate chips.