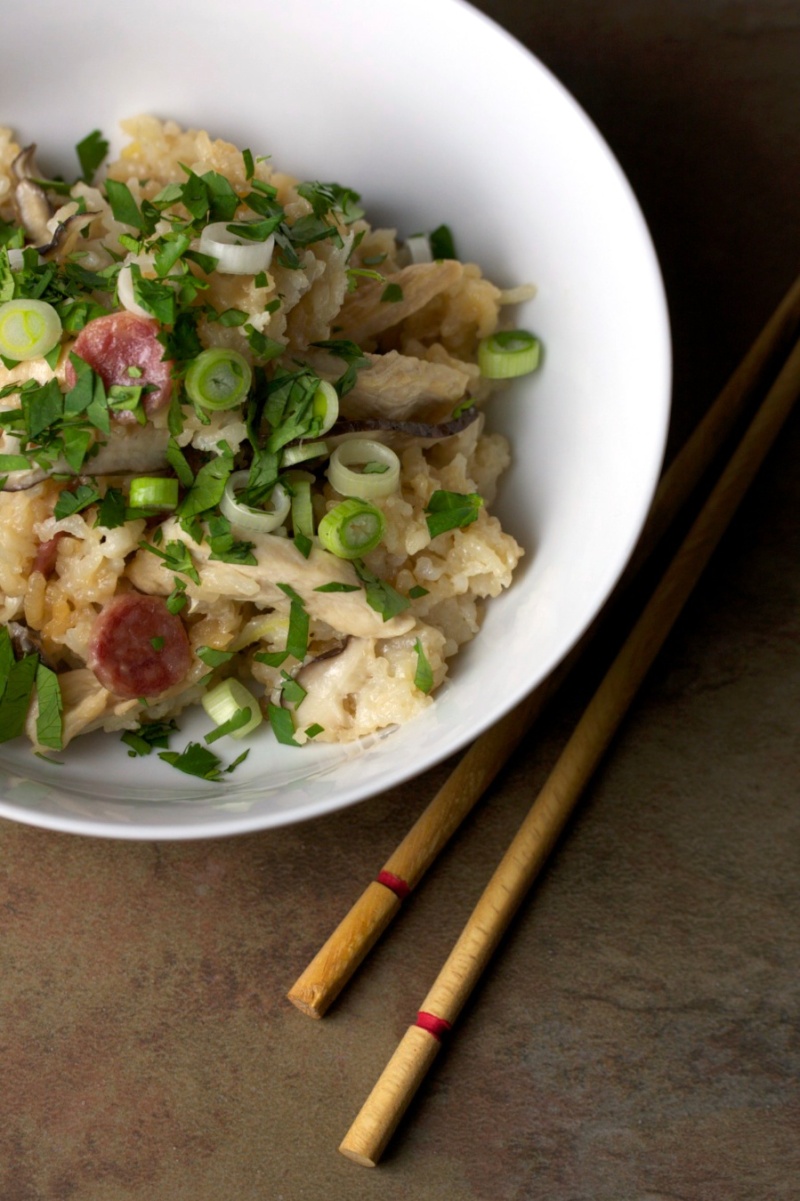 We have mentioned our distaste for winter before, but this winter is something special—and alas, we haven’t quite reached February. Cold, snow and ice have us searching for comfort food, and this Patricia Yeo recipe helps take the chill away.

We’ve made this dish for years, in the oven and in our rice cooker, using chicken, Chinese sausage and (depending on how slim our supplies may be) various other ingredients. We’ve substituted onion for shallot, left out mushrooms, added garlic (of course!) and sometimes haven’t bothered to toast the rice. As long as one follows the process, perfected by centuries of smart Chinese cooks, this dish will end up reliably warm and satisfying. (Just don’t omit the Chinese sausage.) The ginger and cilantro add a nice burst of freshness that makes us think of spring, which has been extra comforting of late. We know some day it will get warmer, and we know some day we’ll stop whining. At least, that is, until next winter. 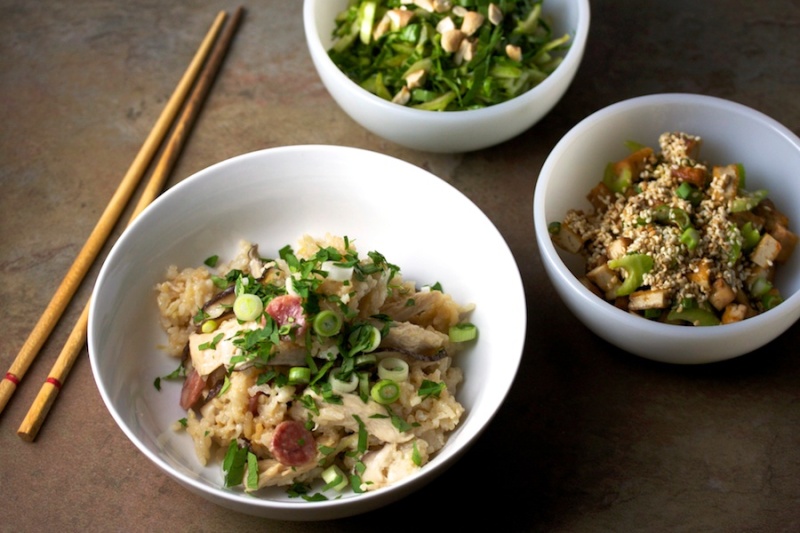 Whisk wine, cornstarch and egg white together in a bowl. Add chicken pieces and toss.

Remove from heat. Fold in chicken, sausages and mushrooms. Season with salt and pepper. Pour in stock, cover and bake for 30 minutes or until rice is done.

Remove from oven. Drizzle with sesame oil and soy sauce to taste and stir in.

Serve in bowls, garnished with chopped cilantro and scallions.