Steve has enjoyed wandering the cool, curiously critter-free water, finding colorful minerals, smooth pebbles and a few things he’s convinced himself are Petoskey stones, since he’s resisted buying the varnished versions available at local souvenir shops—even though many have wonderfully tacky inspirational slogans, playing cards or other tat attached to them. 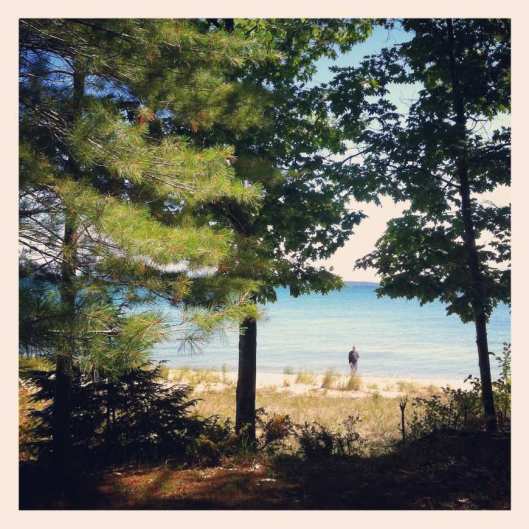 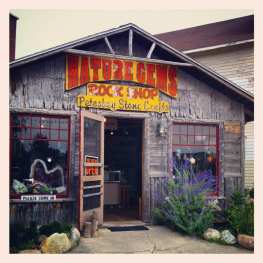 All this means that Michelle has spent much of her “vacation” in the kitchen, finding things to make with the massive amounts of cherries, plums and other fruit Steve has been unable to stop himself from buying.

In addition to jars and jars of jam (one of the benefits of a car vacation is being able to take stuff back with you), Michelle made a variation of this Nigel Slater pork chop recipe. It incorporates some of the multiple plums Steve bought, along with a bit of the cider he snapped up from a local cidery (again, it’s good we have a car with fold-down seats) to braise-finish browned pork chops with a tart and spicy sauce.

While not quite as delicious as the cherry and beef short ribs dish Michelle invented here in Michigan (something we hope to blog about at home soon), it was a lovely way to enjoy a cool, dry evening on an ancient lake. 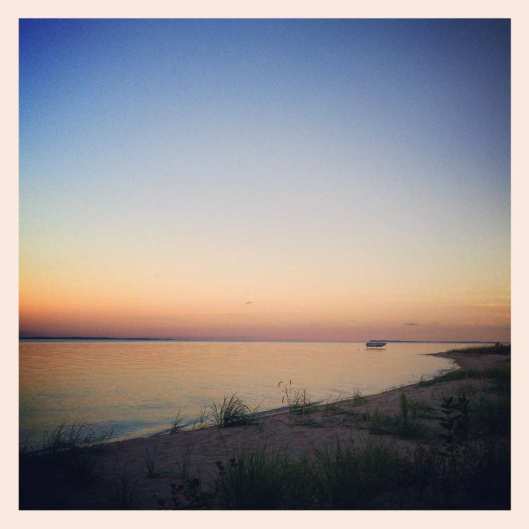 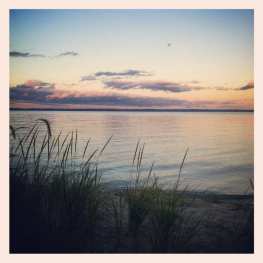 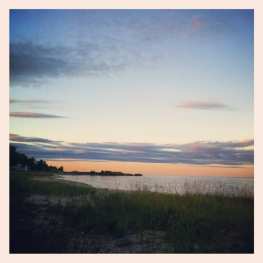 PORK CHOPS WITH PLUMS AND CIDER

(adapted from Nigel Slater in The Guardian)

Season the pork chops on both sides with salt and pepper. Melt a tablespoon or so of butter in a frying pan. Brown the chops on both sides. Pour in the cider, bring to a boil, then lower the heat.  Add the plums and cover. Continue cooking for about five minutes. Remove the chops and plate them. Remove the plums with a slotted spoon and place atop the chops. Increase heat and reduce the cider by about half. Pour over meat and plums.