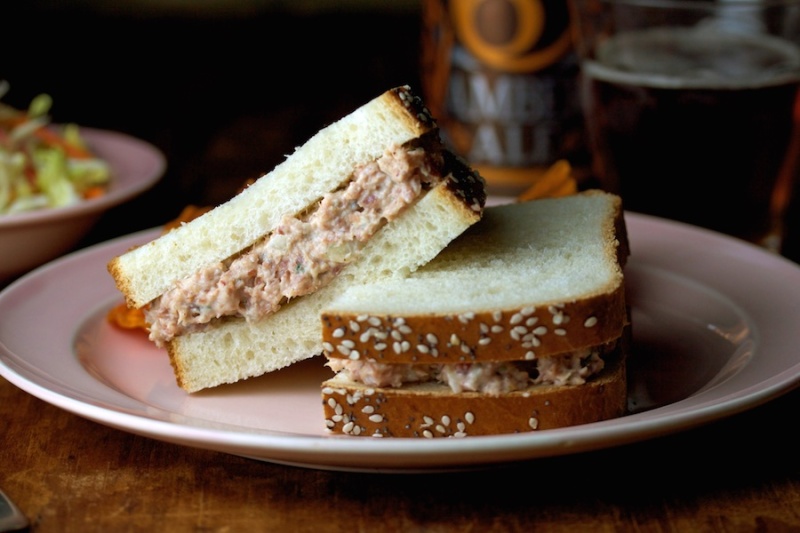 Gourmandistan recently tackled its first entire Kentucky country ham in ages and ages. We were stunned, after serving a Thanksgiving party of eight, to find that most of it still remained. That’s when we rediscovered a saying attributed to Dorothy Parker: “Eternity is two people and a ham.” One solution? Ham salad. 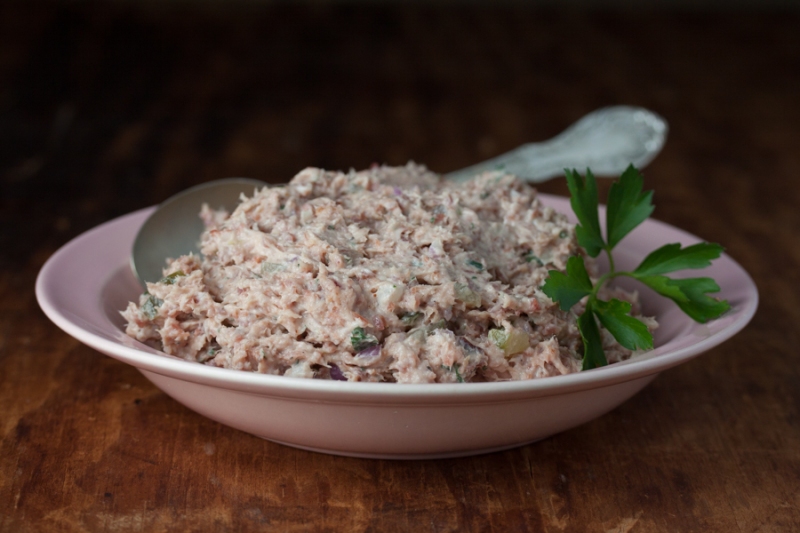 Country ham is a signature Kentucky product which (like tobacco, bourbon and coal) may be a reason the people of our Commonwealth are so vibrant and robust. It’s salty, funky and smoky, and when cooked correctly, it’s one of the best-tasting meats you can stuff in your face. But, cook it incorrectly or buy an inferior product and you might as well try to eat a salt-stuffed football.

Because Michelle’s family lives just up the road from Princeton, Kentucky, we were lucky enough to obtain a Colonel Bill Newsom’s Aged Country Ham, an old-fashioned open-barn-aged item now quite popular with gourmet chefs, food magazine editors and symposia organizers. Aged over two years, the hams develop a hard, moldy exterior and some snowy-white interior “blooms” of salt and protein. Trust us, they’re delicious. 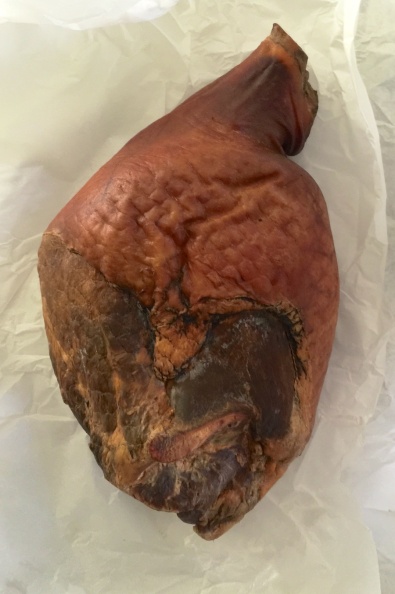 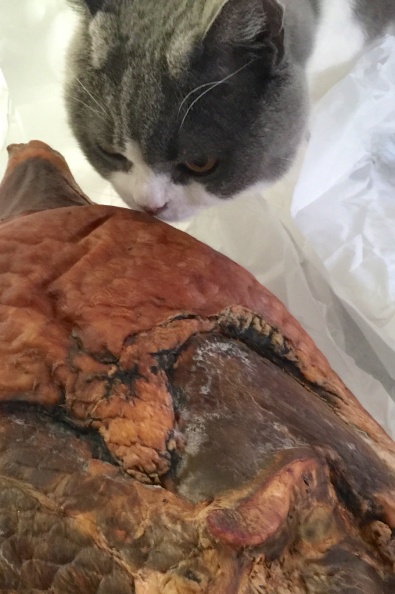 We prepared ours according to the suggestions included in a brochure tucked in with the ham. We soaked it for an entire day (Steve was amazed at how much salt came off in the first sink of water), then simmered it for six hours, let it cool, stripped the exterior skin and fat and glazed it with a bit of mustard, cider vinegar and brown sugar, then finished in a hot oven before thinly slicing and serving.

It was delicious—but damn if a little didn’t go a long way. Our “small” 13-pounder seemed (even after ham and biscuits for breakfast the next morning) to be only barely dented by our holiday party. So we started to consider ways to whittle down the remainder. Our first course was Kentucky country ham salad, a seemingly simple dish many Kentuckians still manage to screw up. 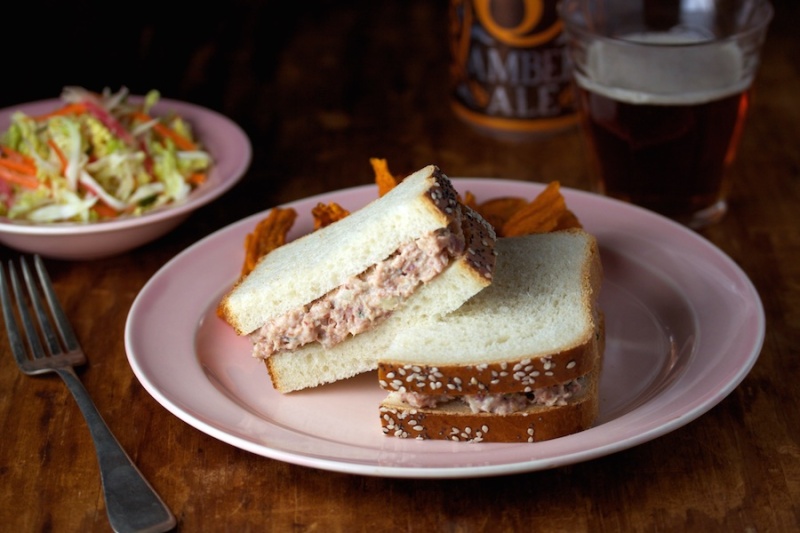 Steve made this lovely bread. But, otherwise, use the cheapest, poofiest white bread you can find.

We disdain the salty, paste-like concoctions some people create with cream cheese. And this horror offered by Emeril Lagasse on the Food Network should not even be mentioned. (If your country ham needs “Emeril’s Essence,” you need a better country ham.) We have to admit that our idea of an excellent country ham salad approaches the texture of this terrifying American corporate canned classic, but with a lot more oomph. We add onion, shallot, mustard and parsley, plus enough mayonnaise (preferably Duke’s) to make the mixture pretty moist. Enjoy it on white bread with some (not too salty) chips and plenty of cold beer (believe us, even after soaking out much salt, the ham will make you thirsty).

Several pounds of ham still remain in our freezer. We have plans to use the leftovers to replenish our XO sauce supply, make more ham biscuits and season some batches of bean soup. But we’re pretty sure Gourmandistan will see this salad again before we’re through with our Newsom’s ham.

Clean fat and tendon from ham and cut into 1-2″ chunks. Place in food processor and process with sharp blade until finely ground.

Serve on crackers or as sandwiches on soft white bread. No lettuce, please. This is not the recipe to use if you’re trying to be healthy.