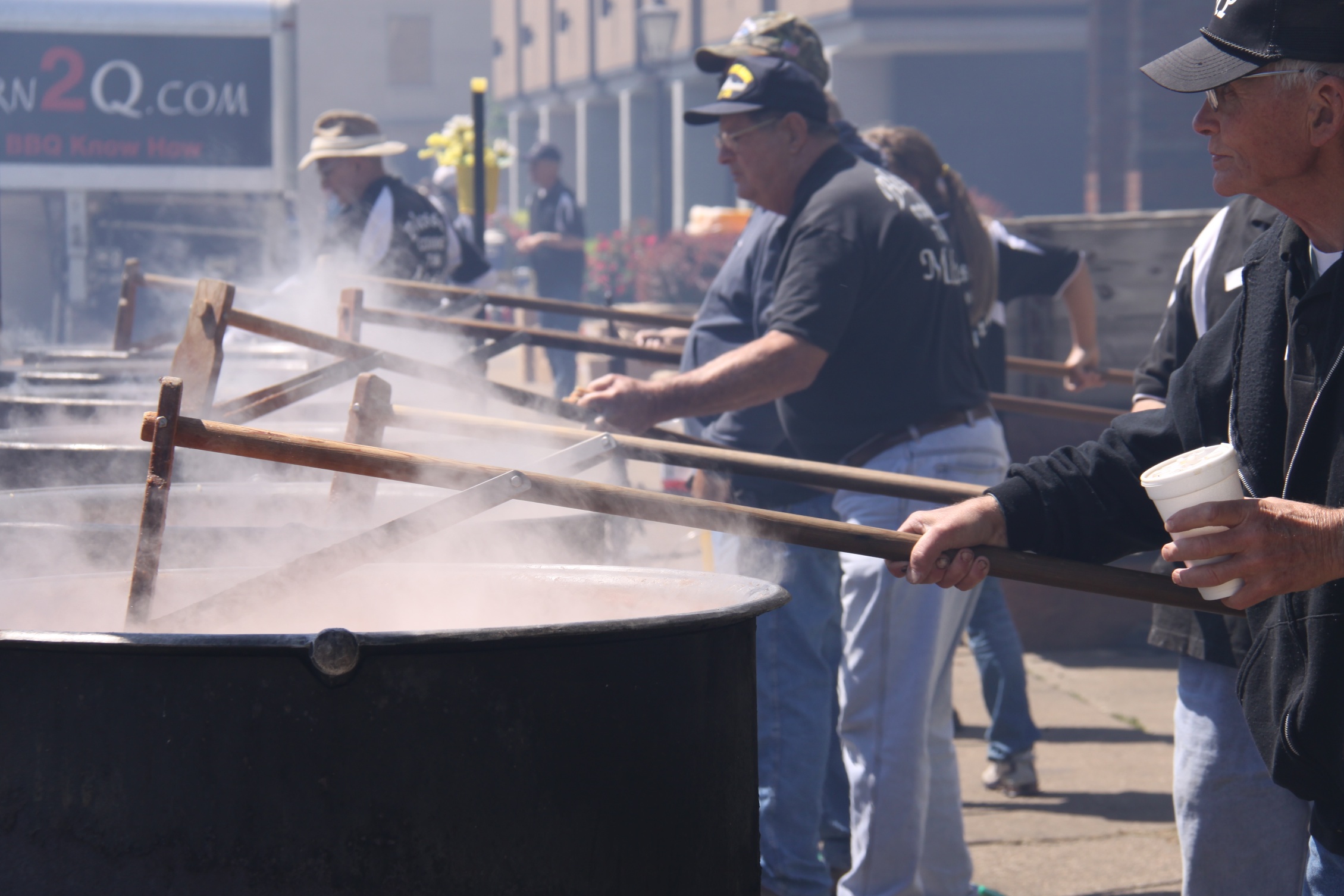 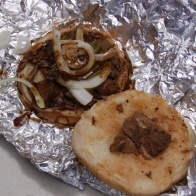 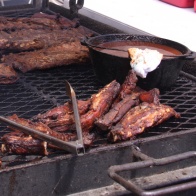 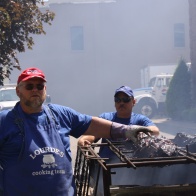 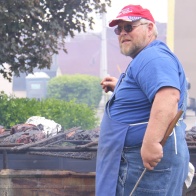 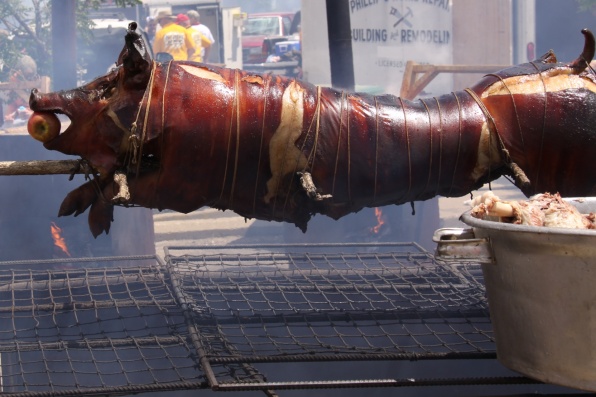 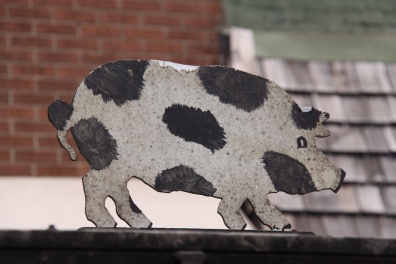 Earlier this month Steve’s friend and honorary Gourmandistani, Bill, invited him to Owensboro for the International Bar-B-Q Festival, held on the second Saturday in May since 1978 on the (at least for this year, somewhat rain-swollen) banks of the Ohio River. The Festival’s website advises one to “come for the food, stay for the fun,” but Bill insisted the right way to attend the “Fest” was to go early, beg for scraps of cooking ‘Q from the cooking teams and get out before the crowds showed up. Despite his seeming aversion to Owenboro’s unwashed masses, Bill is quite the Festival fan, practically begging Steve to put out the word about the International Bar-B-Q Festival to Gourmandistan’s literally tens of followers. To Bill, the Owensboro Festival is a jewel—an exciting, interesting and one-of-a-kind display of the delicate art of pit-smoking meat.

Owensboro certainly  stands out in the world of bar-b-q because of its rather eccentric choice of meat—mutton. It seems that lamb-loving Welsh settlers combined with a big early-1800s push into sheep farming meant the Daviess County area had plenty of “tired wool” on its hands, and slow-cooking was the only way to deal with the critters. So while there was certainly plenty of pig and chicken about, plus perhaps the odd beef rib or sausage, mutton took center stage. The Gourmandistan entourage arrived reasonably early, while the pits were still smoking away with their burdens of meat and people were stirring that Kentucky specialty, burgoo.

Despite the “International” label, the competing teams seemed to be divided among Owensboro’s many Catholic parishes—although Steve’s other friend Brian did suggest that the Vatican ties qualified the church members as “international.” While Bill still thinks the Owensboro Festival needs more national recognition, like attention to Memphis in May and other big (and actually less parochial) competitions, the Owensboro Festival was to Steve’s eye a very accessible event, where free samples could be had if one begged creatively enough and (as Bill demonstrated) had the stones to grab very hot meat with one’s bare hands.

We never did get a piece of the whole spit-roasted pig, despite our efforts.

But we did manage to score several chunks of mutton. Many parishes also sold sandwiches, which were both delicious and non-hand-burny. Stuffed and thoroughly smoked, we left the ‘Q fest before the onslaught of local bands began—and made plans to meet next May for more mutton.