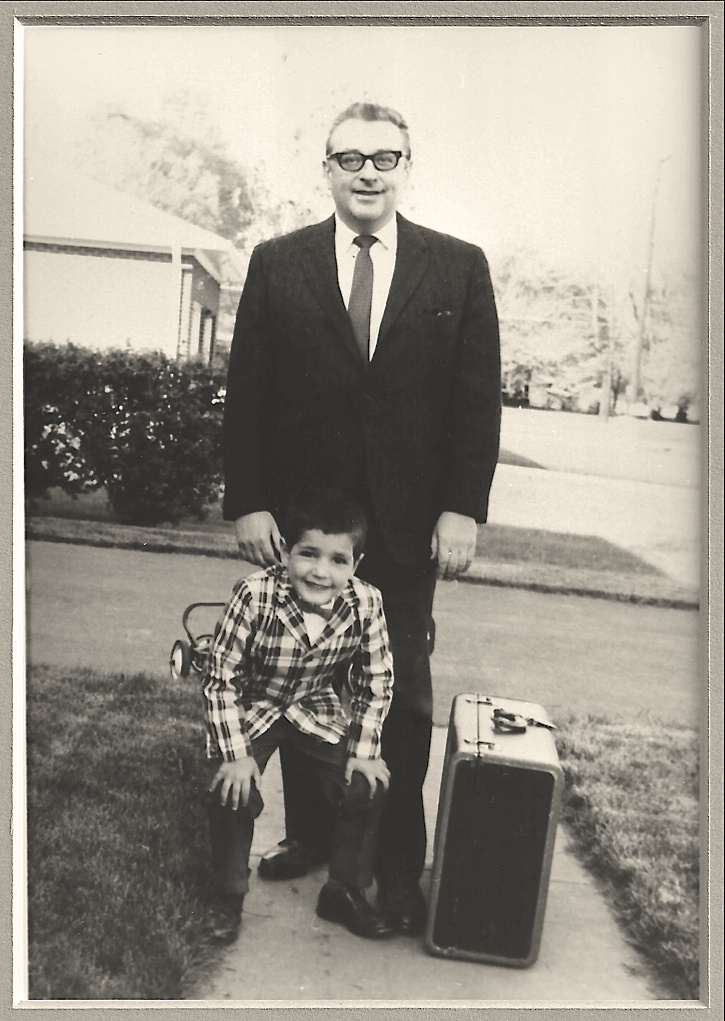 Steve didn’t get a lot of food traditions from his father. Morris, a somewhat joyless eater who demanded his beef be “burnt to a crisp,” snacked on pickled herring and hated cheese, had mostly wandered away from the Jewish traditions of his Lower East Side upbringing. His kashrut contained exceptions for bacon and Virginia ham, though he avoided shellfish (calling lobster, clams and scallops “bugs that eat sewage”). A widower hosting his Louisville-residing son in various New York apartments during summers and holidays, Morris cooked so little he kept his clean dishes in his dishwasher, washing what few pots or pans he used in the sink. Before he even knew what a hipster was, Steve was a regular in Brooklyn delis with crabby, ancient servers scolding about stuffed derma, as well as Greek diners in Queens with phonebook-sized menus and overstuffed upholstery, Manhattan’s Moshe Peking and many other unassuming establishments.

It was far from the world of Mimi Sheraton, especially because Steve (the offspring of Protestant woman of Italian descent) wasn’t actually Jewish. Also, many of Morris’ “recipes” came from the back of a can or package, when he wasn’t abandoning all pretense by serving up a TV dinner. However, Morris at least left Steve a legacy of matzo brei. True to Morris’ nature his “recipe” included store-bought matzo, factory-farmed eggs and cheap cooking oil, but Steve (a now fully-assimilated member of the Gourmandistan tribe) was determined to upscale it. First, he discovered the simplicity of fresh matzo, which is just flour and water mixed, rolled and baked in a hot oven. Steve, who has only a passing familiarity with Passover, was surprised to find there’s only an 18-minute window to make “kosher” matzo, making it possibly the world’s easiest and fastest to make cracker.

Matzo brei is also quick to cook, though we usually take a bit of time to caramelize some onions much like here—a nice touch that Morris never quite thought of (possibly because it would have messed up a second pan).

The next time Gourmandistan makes its matzo, we may zazz it up a bit with some salt and olive oil. It probably won’t quite be kosher.  But then again, thanks to Morris, neither is Steve.

Heat an oven, preferably one with a pizza stone, to 500° F. Mix flour and water in a food processor until a non-sticky dough ball forms (this may take more water if you’re using some whole-wheat flour). Cut the dough into 12 equal pieces. Roll pieces out at thinly as possible, cut them in squares if you’re as obsessive as Michelle, then prick each piece all over with fork tines to prevent bubbling. Put the matzo on parchment paper, then bake in batches on the stone for 3-5 minutes, until brown and crispy. Cool on a wire rack.