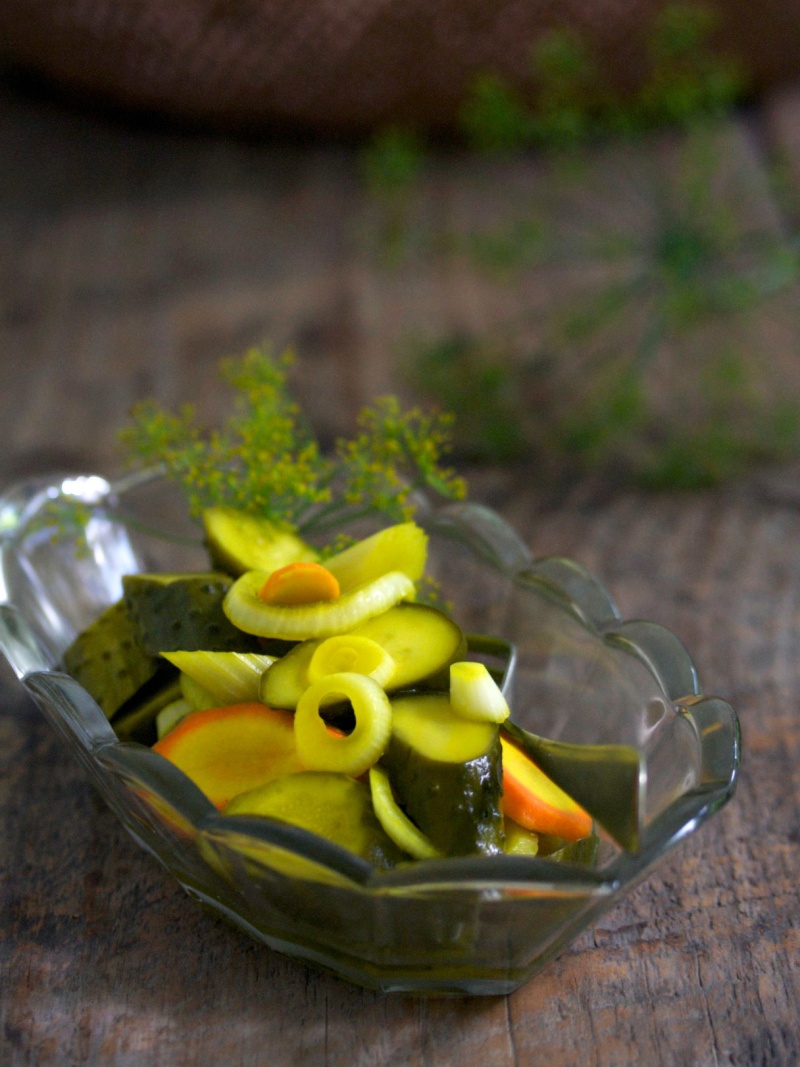 Michelle almost didn’t take a picture of these pickles, even though they may be her favorite dill. It’s the Dill Pickles recipe from City Cuisine, the cookbook Susan Feniger and Mary Sue Milliken wrote back in the Eighties before they became the “Too Hot Tamales” (befitting their rather spicy personal story).

In addition to vinegar, salt, sugar (and of course, dill), the pickling spices include cumin, ginger and turmeric, which give the pickles a spicy, earthy, almost Indian flavor. The turmeric, especially, also gives the pickling liquid a cloudy, almost luminous yellow color. While it could possibly inspire art in someone else’s hands, we generally keep ours out of the stuff. Turmeric, which is a dye as well as a spice, means these pickles have stained our fingers more times than we can remember. 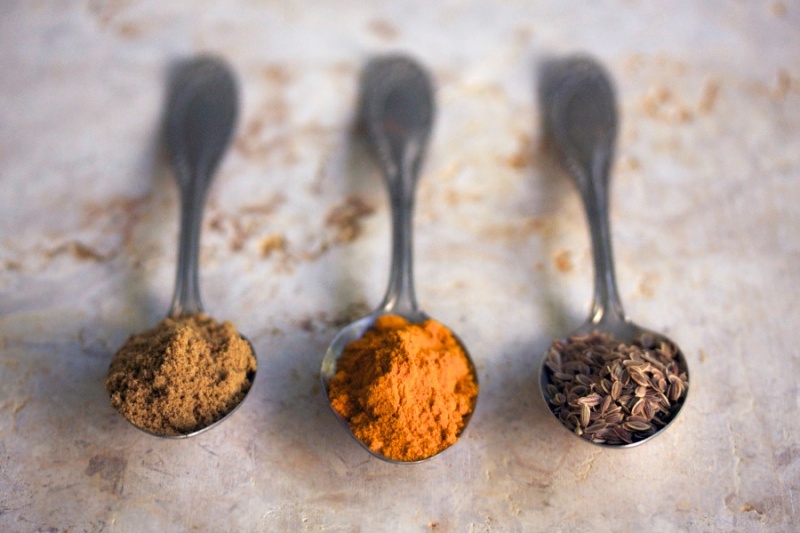 Nonetheless, they are delicious, and despite her concerns over their odd color, Michelle decided you need to know about them. They’re tasty, reasonably simple to make, and if you remember to use a fork you’ll have a relatively low risk of finger stains. And now there’s also proof you can take a passable photo of them.

Bring a large pot of water to boil. Add cucumbers, then immediately remove from heat and drain in a colander. Shock with cold water. Cut cucumbers into large chunks.

Place cucumbers, other vegetables, garlic and fresh herbs in a large container, preferably one with a lid. Pour hot brine over and let cool. Cover and let stand at room temperature for 24 hours.

Transfer to jars or other sealed container and refrigerate for a couple of days before eating. These keep indefinitely in the refrigerator.