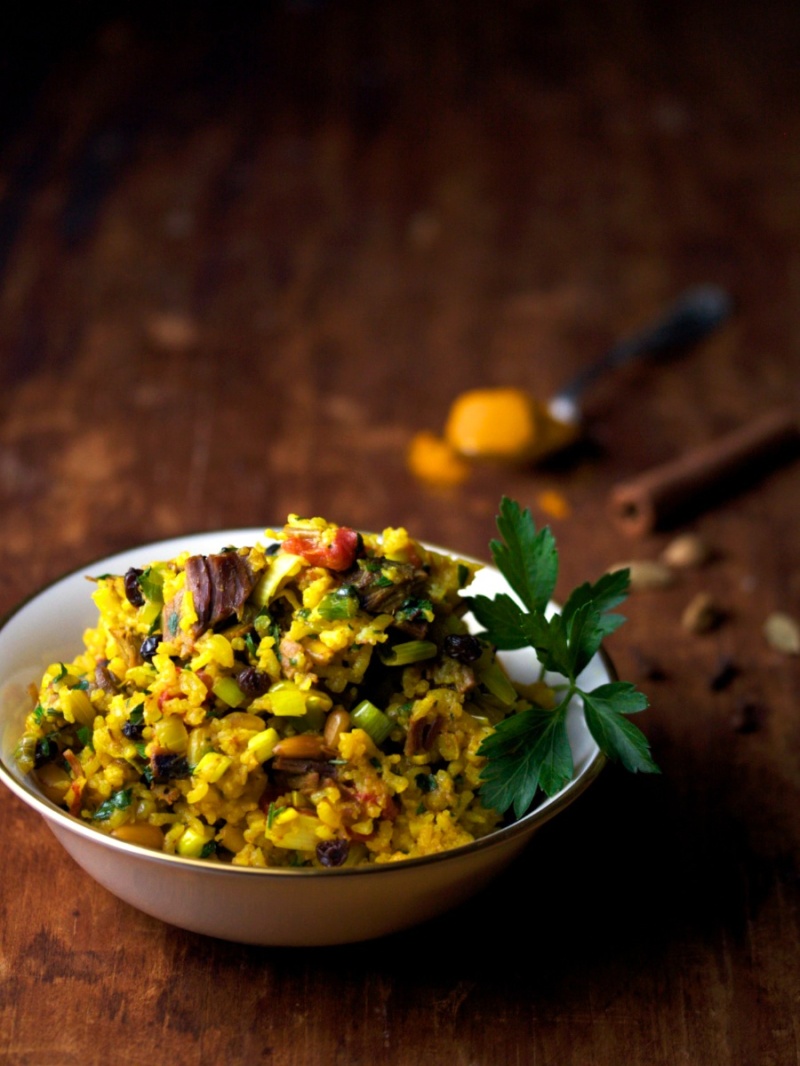 We knew our final leg of local lamb was going to be like the rest of the animal—stringy and lean. We ended up liking it better as leftovers, then even more leftovers.

For the first round we cooked it slowly and wine-fully, following a traditional French braising method. The resulting meat was pleasant-tasting and tender, but we couldn’t finish it. We discussed hashing the remainder, or perhaps making Scotch broth, but we felt the urge for something different.

Perusing one of our vintage Time-Life “The Good Cook” series (Lamb, to be exact) we saw a pilaf and thought it would be a good idea, as long as we jazzed up its 1980s-era Americanized (lack of) seasonings and added stuff like cardamom pods, cinnamon and turmeric. The pilaf was not only tasty, but plentiful—making enough leftovers for several follow-on workday lunches.

If our neighbor comes around again offering us another scrawny sheep, this pilaf could be enough for us to give him another shot.

Heat oil in a large pan. Add onion and cook, stirring occasionally, until slightly caramelized.  Stir in garlic and spices and cook, stirring, for a couple of minutes. Add rice, lamb and tomatoes. Season with salt and pepper and stir to mix.

Add stock. Bring to a boil, then reduce heat to a simmer. Cover pan and cook for 10-12 minutes until liquid is incorporated.