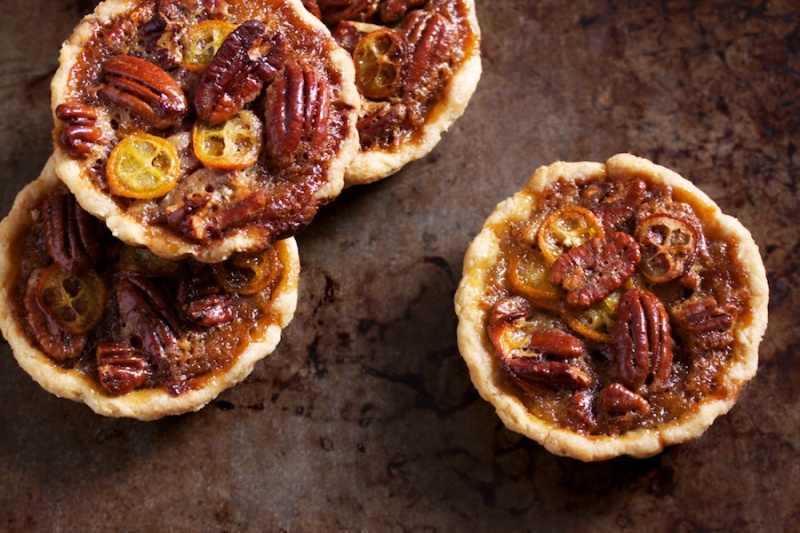 These lovely bits of sweet and citrus began with a recipe from Tartine, a bakery in San Francisco we were unable to visit last time we were there because there was no place to park, a problem the wonderful city is still figuring out how to manage. They also arrived because of a salad Michelle told Steve about some time ago. Steve remembers it had lentils and/or cabbage and citrus, but as she described its potential deliciousness, Michelle took exception to the inclusion of raw citrus peel. Asked what he thought about the dinner salad, Steve (who has been known to eat lemon wedges, peel and all, as a snack) suggested substituting kumquats, little sweet-tangy globes that have been called “the little gems of the citrus family.” 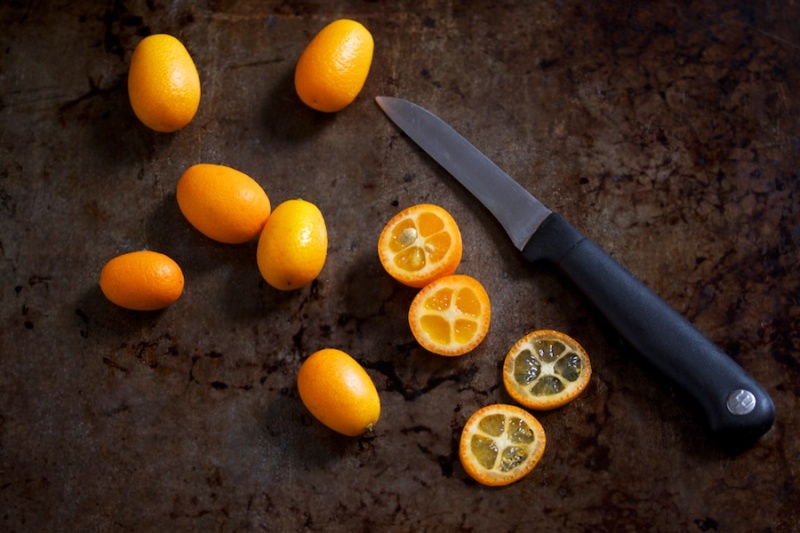 A couple of weeks later at the grocery Steve spied organic kumquats and remembered Michelle’s salad, so he bought some. Returning home, he presented them to Michelle—who had moved on to other culinary thoughts and completely forgotten what and where the recipe might be. (It can be argued that Michelle looks at too many recipes.) 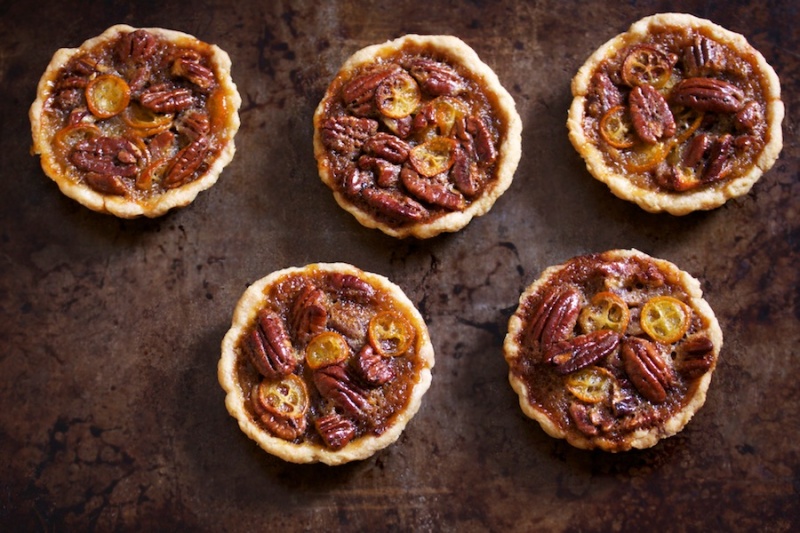 While Steve would have been happy to snack on the kumquats, Michelle decided she might be able to use them in some fashion. That led to the first Tartine cookbook, which led to a nut and kumquat pie, which led to these delightful tarts. We found them similar to pecan pie, but with a great citrus tang that cuts the sweetness. Perhaps there will come a day when Michelle remembers her kumquat salad. But until then, we’ll be quite happy with these tarts. 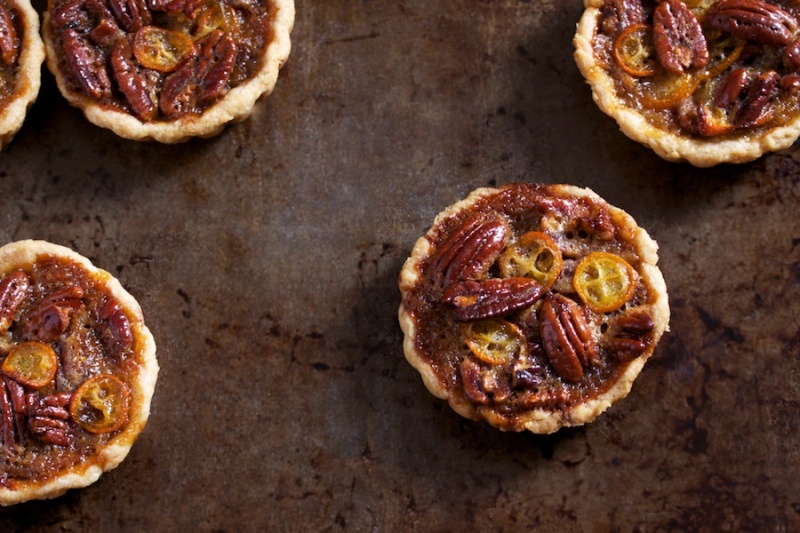 Combine sugar, syrups, bourbon and salt in a saucepan. Bring to a boil over medium heat, stirring to combine. Boil for 1 minute. Remove from heat and add butter, stirring. Let cool to room temperature. (If you don’t let it cool, the eggs will curdle when you add them.)

Add vanilla and eggs and stir well. Then stir in pecans and kumquat slices.

Place the tart shells on a baking sheet covered with foil. Fill shells with pecan mixture, making sure to evenly distribute the kumquat slices.

Bake in a 350° F oven for about 30-35 minutes until filling has just set. Cool on a rack before removing from pans.

*Unless you roll the dough incredibly thinly, this will take about 1-1/2 batches of Steve’s pâte brisée. The original recipe is for a 10″ tart. You can do that. Just cook it longer.