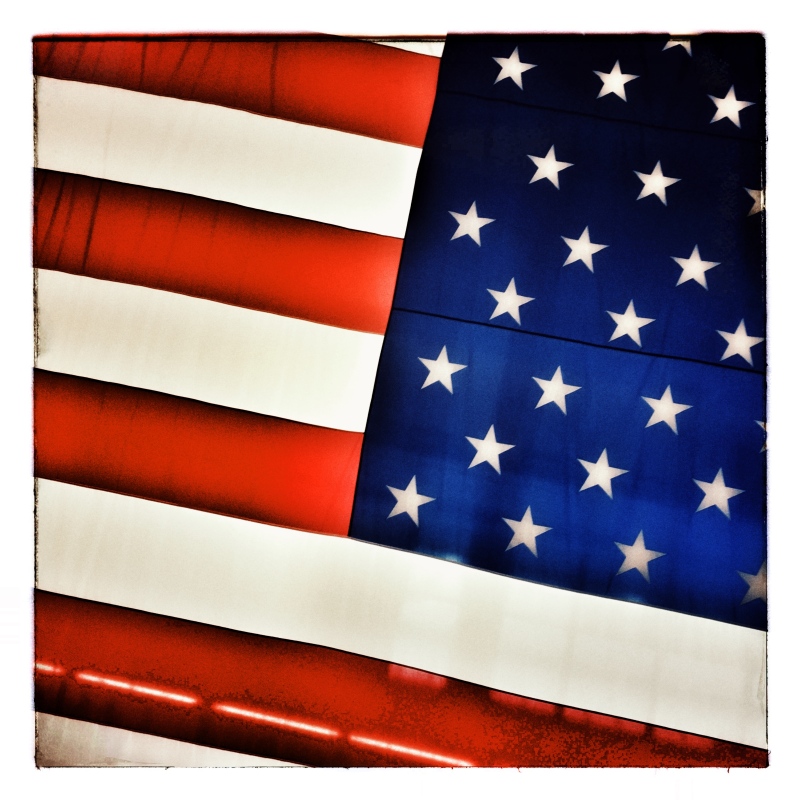 It’s once again time for America’s 4th of July holiday, which this year finds Gourmandistan (like many U.S. citizens) wondering what the hell is going on with the country. After years of supporting the idea of “letting your freak flag fly,” watching this idea played out by our current head of state is somewhat discomfiting. Instead of celebrating the day we blew everything up, perhaps Americans should make a bigger deal out of September 17, honoring the day when we began trying to learn to live together. But, as the holiday afforded some leisure time, Michelle took on the onerous task of preparing Southern fried chicken. 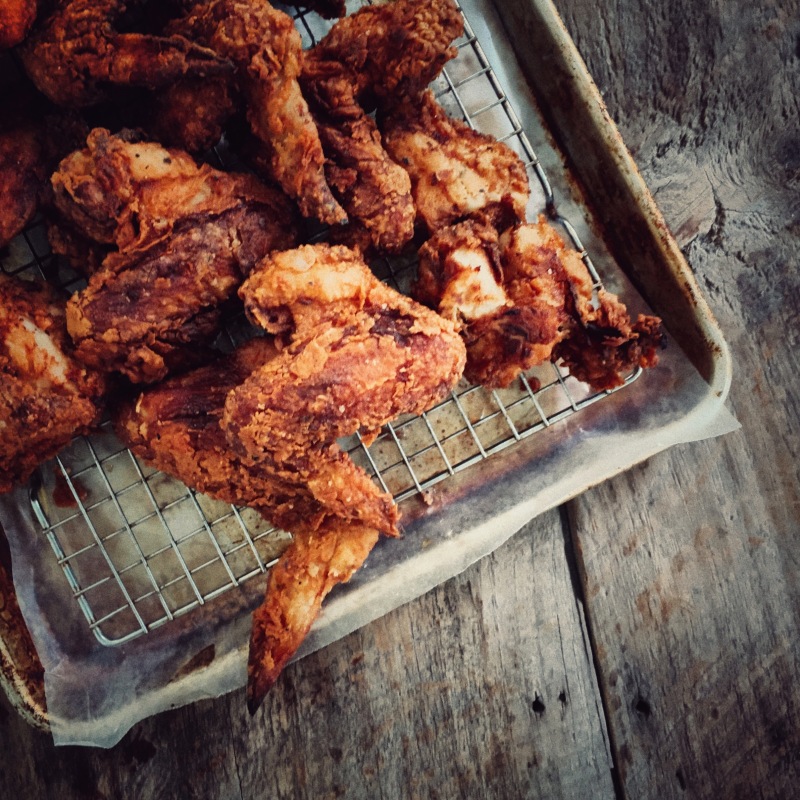 One of the few advantages of spending most of our time in Kentucky is direct access to committed, quality farmers and their output.

Seeing a sign for fresh chicken at a recent farmers’ market, Michelle decided the long weekend might give her enough time to deal with pan-frying poultry, a task that not only takes care and patience but also involves dealing with massive loads of grease, both before and after the act. Like many in the South, we insist on lard for our frying medium, but we’ll accept that not all have access to locally-sourced, ethically-raised pork fat. We also don’t brine our birds, believing a heavy salt sprinkle and rest is enough (as Michelle’s Mamo put it) to “draw the blood out.” Our crust is simply heavily-seasoned flour (no eggs), which with careful frying leads to a lovely, crispy crust.

While many are not really sure what “America” is any longer, we’ve decided to keep acting as if we know what America means. And part of that act is continuing to cook luscious food from local, loved ingredients for as long as we possibly can.

A few hours ahead or even the day before, generously season chicken parts with kosher salt. Refrigerate.

An hour or so before cooking, place the chicken in a large bowl and pour buttermilk over.

Heat about an inch of fat in a large frying pan.

When oil is hot, place two or three pieces of buttermilk-soaked chicken in the bag and toss to cover well. Add to hot oil. Repeat until pan is full but not too crowded. Cook, turning occasionally, until crust is browned and meat is cooked through, about 15 minutes. Drain on a rack. Repeat until all the chicken is cooked.