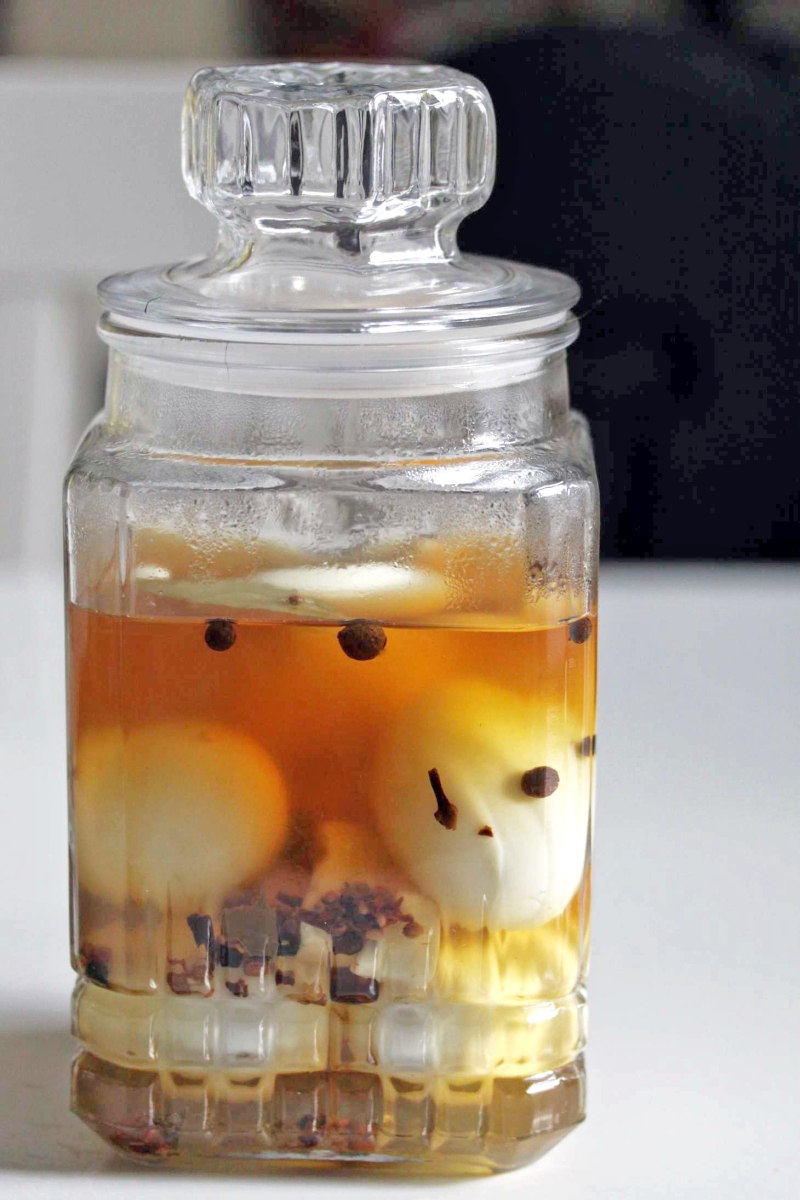 Gourmandistan produces plenty of poultry product. Even with just five hens currently, we get more eggs than we can handle. And we’re beginning to suspect friends may view us much like zucchini gardeners, as we press dozens on just about anyone who comes to see us. When the scrawled carton dates edge closer to expiration, we despair to find ways to dispose of them.  However, when he recently did a magazine review of Holy Grale, a nice little beer bar in Louisville, Steve enjoyed a plate of pickled eggs—and realized he’d been overlooking a savory solution to the surplus.

Pickled eggs have been at the periphery of our lives for many years—peeking out from jars located on lower shelves in grocery aisles, lurking in canisters of cloudy liquid at the end of beer-stinking bars, scaring us as symbols of rural poverty and/or surly drunks. But one of Gourmandistan’s pleasures is reclaiming foods from their bad associations. And as it turned out, eggs were surprisingly simple to elevate.

Michelle boiled some elderly eggs, then peeled them for Steve, who had made up a batch of brine using some leftover commercial pickling spice. Even though Steve tried to pick out the cinnamon, he thought the spice was too prominent and distracted from the pickle-y pleasure of the eggs. So, on the second attempt, Steve mixed up his own cinnamon-less pickling spice with much more satisfying results. 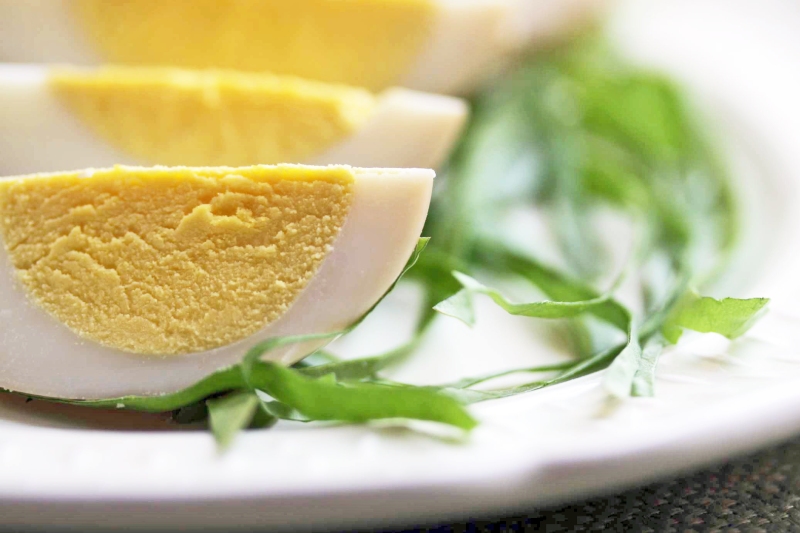 We’ve used pickled eggs to kick up some egg salads and Steve has started occasionally snacking on them, sliced with some fresh greens and a bit of hot sauce. Not only have we found a new way to dispose of our aging eggs, but Steve has found a new excuse for having a beer.

Put the pickling spice and vinegar into a saucepan and bring to a simmer for about 10 minutes. Let the mixture cool slightly, then add the garlic and bay leaf. Pack the eggs into a jar with a tight-fitting lid, then add the warm vinegar mixture. Cover and let cool to room temperature, then refrigerate for a week to 10 days before serving. (The longer the eggs brine, the stronger the pickle flavor.)

Lightly toast peppercorns, coriander and mustard seeds in a small dry pan, then smash with the side of a knife to crack them. Combine the cracked, toasted spices with the rest of the ingredients, mixing well. Store in a tightly sealed plastic container or glass jar.