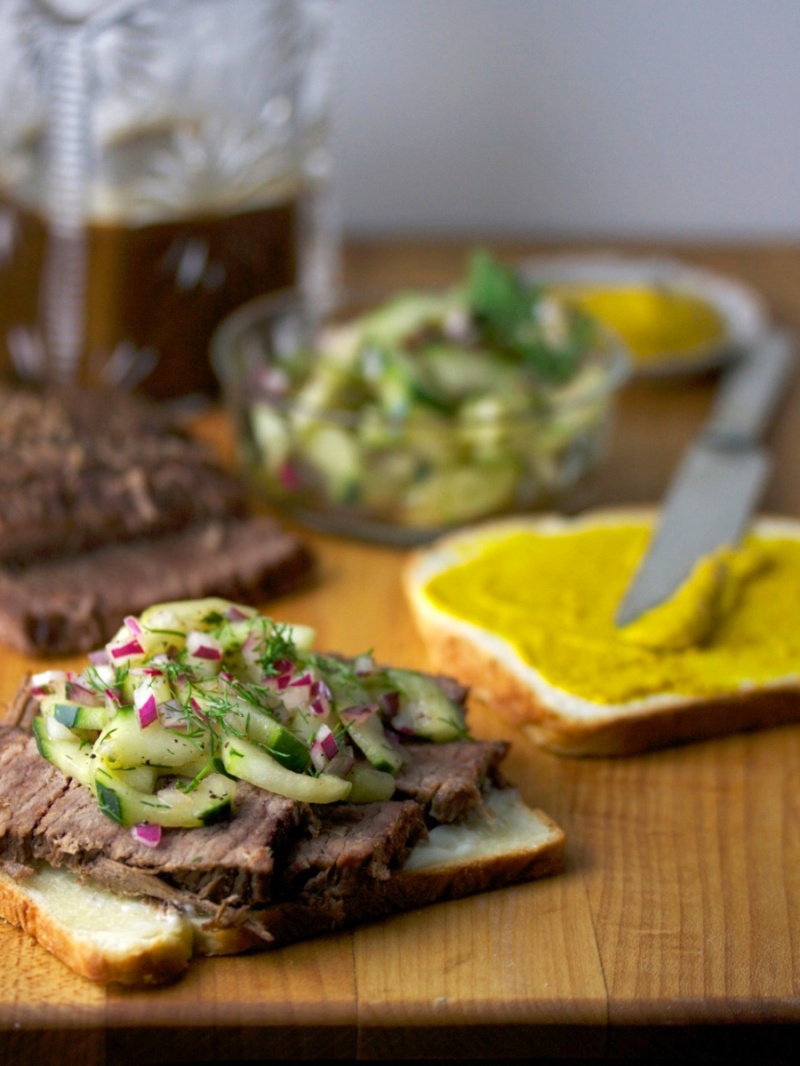 We found a century plus-old recipe for Worcestershire sauce while we were in England that seemed surprisingly easy to make. So of course, once we returned home Steve had to make some. Like just about every other adequately-equipped American cooking household, we have a bottle of Lea & Perrins located in our cupboard, ready to be added to soups, sprinkled on steaks or, in a Turner family tradition, dropped onto baked potato skins. (It’s delicious.) The Worcestershire sauce recipe, copied from a crumbling 1892 Cassell’s Dictionary of Cookery, called for walnut ketchup and several anchovies.

Steve mistakenly bought mushroom ketchup, and decided to use anchovy paste instead of anchovies. (He also used white wine vinegar instead of red, which made the color a not-that-pleasing muddy brown.) After a few weeks of fermenting, we sampled the sauce and found it needed more sweetness and body. We consulted the ingredients list on our Lea & Perrins bottle and dumped in a bit of blackstrap molasses. Another week of aging and the mixture was a good if not better substitute for store-bought. The problem was what to do with quite a few cups of the stuff, since we don’t have steaks (or baked potatoes) very often. The solution? A wonderfully simple Worcestershire-braised brisket recipe Michelle found in Jamie Oliver’s Great Britain, a volume we picked up when planning our England trip. 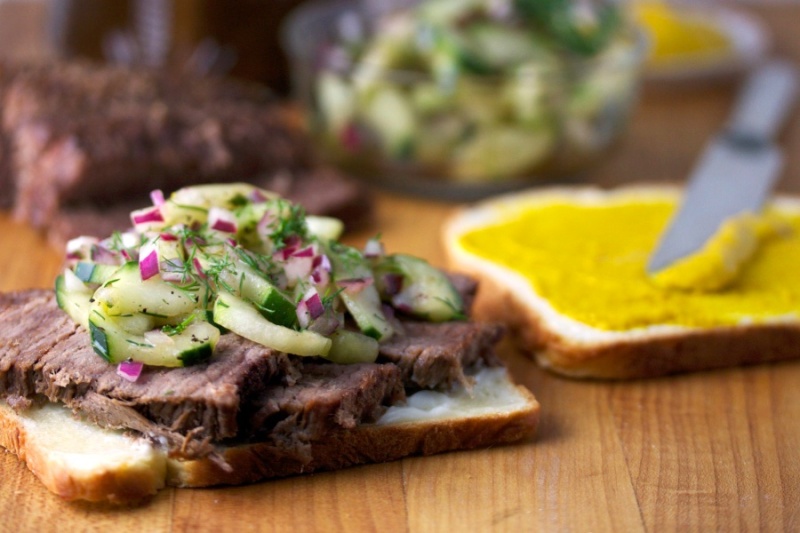 Simmered for several hours in our homemade Worcestershire sauce, some stock, onions and celery, the brisket turned out moist and delicious, and quite lovely as mustard-and-cucumber salad-laced “sarnies” (as Oliver insisted on titling what we suspect are sandwiches). It used quite a lot, and just about put us out of Worcestershire sauce. But if Steve finds some walnut ketchup (and we have a few more steaks and baked potatoes) we’ll definitely be making some more. And one of the main reasons will be the chance for more brisket “sarnies.”

(adapted from Cassell’s Dictionary of Cookery)

Mix all ingredients together in a jar. Keep in a cool place, shaking daily, for a fortnight (2 weeks). Strain.

Place all ingredients in a large pot with a lid.  Add stock (beef, chicken or duck) and/or water to cover by an inch or so. Bring to a boil, then reduce heat and simmer for 2-1/2 to 3 hours until meat is soft.